[ENG] The Wallace, the Lyonnaise Hub

The Lyonnaise Hub: this is what I like to think of the Wallace, a bar that has succeeded in being a meeting point for EVERYONE in Lyon: French as well as non French people find their place in this little piece of Scotland plus Ireland plus France, situated in the heart of the Vieux Lyon.

When you are an expat, after the first weeks of discovery of the bouchons and pralines,  you may feel like you need to be somewhere unnoticed and at home… GO TO THE WALLACE!

It is the best place in Lyon to watch sports games with friends (rugby, football) and I personally like the Monday’s apéro-concert with live Anglophone music.

What makes the Wallace different from all the others?

– The Wallace IS NOT AN IRISH PUB!!! I was mistaken myself at the beginning. It is a Scottish pub with more than 200 different types of whiskies.

– This pub is open every single day of the week, ready to welcome you whenever you are in need of some international atmosphere: brunch on weekends, Trivial night on Sundays, plat du jour for lunch…

– Their food is fresh and homemade. They are proud to say they were the first pub in Lyon to do so, and let me tell you that in Lyon, where people are so fond of good cooking, it is not easy to find your place. They have learnt to get the best out of their specificities.

I had the chance to interview two of its owners, Peter and Eammon, one afternoon around coffee. They first opened the Wallace in 2005, 10 years from now!

When you ask them what took them here, Peter says he came to open a bar, and Eammon says that he came to drink in a bar. Great minds think alike (most of the time with a pint in your hand): the Wallace was born. For the sake of all of us!

They recently (in December) opened a third pub in Vaise district, the Wallace Pub, and already owned a smaller pub called the Wallace Snug. 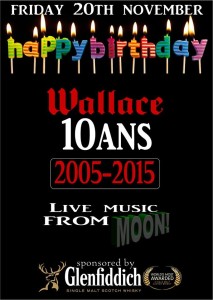 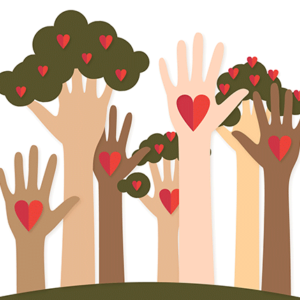